There are many worthwhile challenges in the world: Reducing CO2 emissions, eradicating malaria, ending human trafficking and reducing income inequality, to name a few.

But perhaps the noblest is this: To ensure that every human being is granted the opportunity to develop, apply and profit from their own unique gifts. This is the grand human project. It encom­passes basic needs like sanitation, preventive medicine, and education, as well as gender equal­i­ty, freedom of thought and the right of peaceful assembly.

These pioneers were part of the most influential “movement” in management history—the Hu­man Relations Movement.

These were no armchair theorists. They weren’t mere conceptualizers and codifiers. They sought not only to understand, but to remake. They had a vision of what organizations could be that extended far beyond the realm of current practice. For them, the goal of research wasn’t to extract lessons from a handful of exemplars, but to invent entirely new management practices that would transform the world of work, root and branch.

In their quest, they needed real-world laboratories, the equivalent of Edison’s workshop, where they could develop, test and iterate new approaches to job design, decision-making, and the exercise of power. Their vision and passion attracted corporate partners like General Motors, Volvo, AT&T and Procter & Gamble.

Most of their interventions were double-barreled—aimed at changing individuals and the insti­tu­tions in which they worked. At the outset, there was often a sort of “detox for bureaucrats,” using T-groups or other group therapies. But getting “woke” was just the first step. They realized that without systemic change, personal epiphanies accomplished little. So these pioneers were engineers as well as therapists—they built tools, processes and structures. They were the origi­nal management hackers.

Many of the renegades were deeply soulful people. Having been forced to flee Nazi Germany in 1933, Kurt Lewin had an abiding antipathy towards authoritarian structures. Douglas McGregor was a Christian with deep roots in the “social gospel movement.” These were brilliant, disci­plined scientists, but their work was suffused with moral courage.

Their experiments often produced extraordinary results. Productivity gains of 50 or 100% were not uncommon, nor were dramatic shifts in employee attitudes.

So here we are today, in the shadow of these giants. What would Lewin or McGregor think if they toured an Amazon fulfillment center, or had lunch with a few coders working at the bottom of Google’s 11-tier technical organization?

Would they go, “Cool, agile teams, we never thought of that.” I doubt it. Instead they’d say, “After all these years, is this still the leading edge? We were building agile teams 60 years ago in dog food plants.”

I’m old enough to have been able to talk with some of these pioneers during the latter years of their lives. In these conversations, they’d invariably express frustration that so little had changed. Decades earlier, they’d been sure their successes would soon become self-replicating.

So why did progress stall? Three reasons:

First, in the 1970s, global competition and “stagflation” undermined the power of labor unions. Why worry about “human relations” if human beings, for fear of losing their jobs, are unlikely to put down tools?

WHAT’S BEEN LACKING IS A WAY OF MULTIPLYING OUR EFFORTS

Second, in the ‘50s and ‘60s, management experimentation was laborious and time-consuming. A large-scale experiment would last for years, and at the end you’d have a single case study to report. There was no obvious way to accelerate progress.

And third, like Peter Drucker, the pioneers underestimated the inclination of the Empire to strike back. Maybe it was OK to screw around with self-management in a factory hundreds of miles from HQ, but challenge the prerogatives of corporate VPs? No flipping way.

So what’s our excuse? What prevents us from fulfilling the dreams of Follett, Mayo, McGregor and the rest? Four things: Orthodoxy, timidity, fragmentation and irrelevance.

Orthodoxy: Most management thinkers and practitioners are held captive by bureaucratic orthodoxy. That’s a problem. Bureaucracy is a mature technology. We’re way out on the S-curve, where only incremental progress is possible. Unless we’re willing to explore new paradigms, like Haier’s model of distributed entrepreneurship, we’re stuck—like carmakers trying to wring the last few dollars out of the internal combustion engine.

Timidity: Many in management suffer from ADD—“ambition deficit disorder.” Their first instinct when challenged to do something radical is to ask, “Who’s already done this?” That’s not a bad question, but it’s not one that leaders ask. NASA wouldn’t have landed a drilling rig on the sur­face of Mars a few weeks ago if they had been waiting for an exemplar.

Isolation: Most researchers work in silos. They seldom reach across disciplines, and are more interested in carving out their own reputational niche than collaborating on messy, ecosystem-level problems.

Irrelevance: There’s not much management research that is both bold and practical, and thus of interest to those with pockets deep enough to fund field research. Consider: In a recent year, businesses spent $2.6 billion funding life sciences research in US universities. Another $1 billion went to engineering disciplines. Management research, by contrast, attracted a scant $51 million, or barely 1% of corporate-funded university research— this despite the fact that man­agement is arguably humankind’s most important social technology.

For all these reasons, I believe we need a new “Human Movement.” Despite the barriers, there are reasons to be hopeful. Many CEOs understand, at last, that to build an organization that’s fit for the future, you must first make it fit for human beings.

What’s been lacking is a way of multiplying our efforts—a collaborative endeavor large enough to overcome the gravitational pull of the status quo. Is this possible? Can we scale up our research? Absolutely. Consider: there were 3,000 co-authors on the paper that confirmed the existence of the Higgs Boson.

Maybe it’s time for a similarly bold collaborative effort in management—the organizational equivalent of the Human Cell Atlas or the International Brain Laboratory.

A movement takes courage, compassion and contrarian thinking. But it also requires communi­ty—an alliance of activists who understand the power of collective action. All of us enjoy learning from vanguard companies like Haier, but such organizations are still remarkably rare. By working together, could we light the fires of management innovation in thousands of organizations? Again, I don’t know, but I feel the only way to honor the legacy of our forebears is to try.

So if you’d like to join our nascent conversation about how to accelerate the next “Human Move­ment,” I’d invite you to leave your contact details and a thought or two at managementlab.org.

Let me close with a quote from Elie Wiesel, the Nobel Laureate. It’s simple and powerful advice for anyone who cares about improving the human condition: 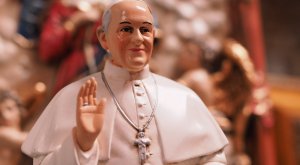 The 15 Diseases of Leadership, According to Pope Francis

The next tech revolution: Busting bureaucracy 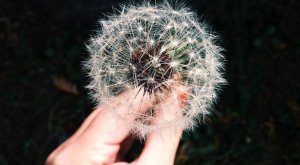