Yet for the all the effort that is put into selecting, training and assessing leaders, there still seems to be a dearth of truly top-level executive talent. Hyperkinetic change has a way of turning today’s iconic leaders into tomorrow’s bewildered bureaucrats. Tellingly, only 5 of the 30 CEOs Barron’s picked in 2008 as the world’s best showed up on a similar list in 2012.

When leaders come up short, as they often do, the problem may have less to do with them as individuals than with the top-down structures in which they operate. In most organizations, the responsibility for setting direction, developing strategy and allocating resources is highly centralized. Maybe that mattered less in a world where change was better behaved, but today, senior management’s monopoly on “strategic leadership” can rapidly turn a leader into a laggard.

Beyond these structural limits are cognitive limits. Even the most malleable minds can only attend to so much. With 25 billion gigabits of digital information getting created every day, each of us is becoming ignorant faster. Senior executives have limited time and attention. A problem or an opportunity has to be big to elbow its way into a CEO’s consciousness—and by the time it does, it’s often too late for the organization to intercept the future.

Corporate boards, headhunters and HR professionals often look at the leadership problem as identifying and developing exceptionally talented individuals who can step into critical roles.  While understandable, this elitist approach to leadership development is ultimately bound to fail—there just aren’t enough extraordinary leaders to go around.

In the future, a company that strives to build a leadership advantage will need more than a celebrity CEO and a corporate university that serves up tasty educational morsels to the “high potentials.” It will need an organizational model that gives everyone the chance to lead if they’re capable; and a talent development model that helps everyone to become capable.

At W.L. Gore, the innovative materials science company that is organized as a lattice rather than a hierarchy, nearly 50% of the associates describe themselves as “leaders.” What proportion of the employees in your company would see themselves that way? Probably not enough.

So what does it take to dramatically enlarge the leadership capacity of an organization?  Two things, we think:

These two challenges are at the heart of the Leaders Everywhere Challenge.

As traditional hierarchies get supplanted by networked, or “social,” organizations, leadership will become less a function of “where you sit,” than of “what you can do.” In a tumultuous environment, where customers expect lightening quick responses, decisions have to be made close to the action. And when the next game-changing idea or disruptive threat can come from anywhere, everyone needs to feel responsible for thinking and acting like a strategist.

Authority won’t be something that’s handed down from above and it won’t be something that can be captured by a title. Rather, it will be a currency you earn from your peers. Leaders will be the ones who are capable of attracting followers, rather than the folks who have mastered the dark arts of political infighting and bureaucratic wrangling.

In this regard, the web has already dramatically changed expectations.  The web may appear democratic, but it’s far from flat.  Everywhere one looks there are hierarchies.  Track any discussion forum, explore the blogosphere, or roam around a social networking site and you’ll find that some individuals have more followers, more connections and more clout, than others.  Critically, though, all these hierarchies were built bottom-up.  They are “natural” hierarchies.  On the web, you accumulate influence only when you do something that is useful to others, and you hang on to your influence only as long as you keep adding value.

Having grown up on the web, the next generation of potential leaders are particularly authority-phobic.  Remember that classic New Yorker cartoon with Rover sitting in front of a computer?  The caption read, “On the Internet, no one knows you’re a dog.”  Well, on the web, no one knows you’re a senior vice president either. That’s why every leader is going to have to learn how to get things done in a world where authority is the reciprocal of followership.

What does all this mean practically?  What are some of the ways an organization might broaden its internal leadership franchise?  Several leverage points come to mind.  A company could ...

So now it’s up to you.  What is your organization doing to build its leadership advantage? How is it working to escape the limits of top-down power structures?  What is it doing to equip and energize individuals to exercise their leadership gifts, wherever they are in the organization?  How is it nurturing the sort of leaders others will want to follow in a post-bureaucratic world? And what are you doing to strengthen your own leadership capacity?

There are tens of thousands of management renegades in the MIX community, and around the world, who are eager for answers .   They’re hungry for real-life stories and breakthrough ideas that can help them to reinvent leadership for a new age.  So if you share our desire to build organizations where everyone has the right and the responsibility to lead, jump in.

In order to engage in a conversation about leadership, you have to assume you have no power—that you aren’t “in charge” of anything and can’t sanction those who are unwilling to do your bidding. If, given this starting point, you can mobilize others and accomplish amazing things, then you’re a leader. If you can’t, well then, you’re a bureaucrat.

To gain a true leadership advantage, organizations must be filled with individuals who understand how to maximize their own ratio of “accomplishment over authority.”  They must believe it’s possible to do something big with a little dab of power.

What, then, are the attributes of individuals who can inspire others and multiply their impact?

They are seers—individuals who are living in the future, who possess a compelling vision of “what could be.”  As human beings, we’re constantly looking forward, and we love to sign on with individuals who are already working on “the next big thing.”

They are contrarians—free of the shackles of conventional wisdom and eager to help others stage a jailbreak. It’s exciting to be around these free-spirited thinkers who liberate us from the status quo and open our minds to new possibilities.

They are architects—adept at building systems that elicit contribution and facilitate collaboration. They leverage social technologies in ways that amplify dissident voices, coalesce communities of passion and unleash the forces of change.

They are mentors—rather than hoard power, they give it away.  Like Mary Parker Follett, the early 20th-century management pioneer, they believe the primary job of a leader is to create more leaders.  To this end, they coach, tutor, challenge and encourage.

They are connectors—with a gift for spotting the “combinational chemistry” between ideas and individuals. They help others achieve their dreams by connecting them with sponsors, like-minded peers, and complementary resources.

They are bushwhackers— they clear the trail for new ideas and initiatives by chopping away at the undergrowth of bureaucracy, they’re more committed to doing the right thing than to doing things right.

They are guardians—vigilant defenders of core values and enemies of expediency. Their unflinching commitment to a higher purpose inspires others and encourages them to stand tall for their beliefs.

They are citizens—true activists, their courage to challenge the status quo comes from their abiding commitment to doing as much good as possible for as many as possible. They are other-centered, not self-centered.

Critically, all these roles are rooted in the most potent and admirable human qualities—passion, curiosity, compassion, daring, generosity, accountability and grit. These are the qualities that attract allies and amplify accomplishments. These are the DNA strands of 21st-century leadership. Only by strengthening them can we fully unleash the latent leadership talents that reside in every organization. 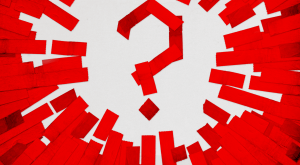 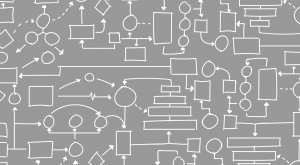 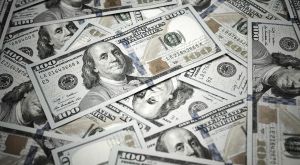 The $3 Trillion Prize for Busting Bureaucracy